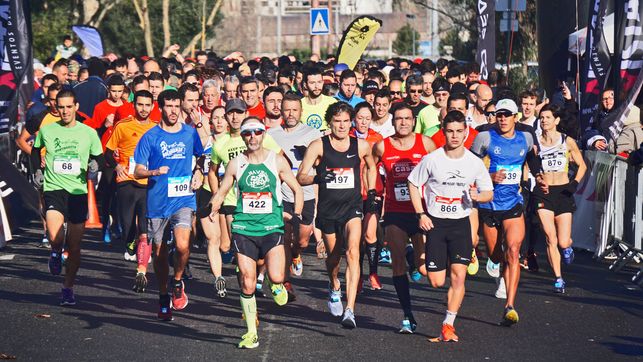 This week the annual Mercedes-Benz Marathon will enter into its eighteenth year on February 14 to 16 in downtown Birmingham.

Eighteen years – that’s quite some time. This is eighteen years since a boy with Down Syndrome named Matt Sotherland was diagnosed with a heart defect that led to him undergoing heart surgery at UAB Hospital and receiving therapy from the Bell Center, formerly known as the Early Intervention Program. The event’s website tells the story, which began with Matt’s parents seeing runners taking part in the Vulcan Marathon just outside of that very building where their son was scheduled to have his surgery. Matt’s father, Paul, then made a promise that he would run in the marathon himself if his son’s operation was successful.

And so it was. And so Paul began his efforts to keep his promise. But running 26.6 miles, as you might imagine, would take preparation and commitment. Paul had to begin training before he would undertake the trek, and this led him to a seemingly fateful meeting with the owner of the Trak Shak in Birmingham. He was there to buy running shoes when he met the store’s owner, Valerie McLean.

Paul got his shoes and went on to run the marathon along with others. Meanwhile Valerie would go on to form the “Freeze Your Half Half-Maraton”. This would eventually change into the Mercedes-Benz Marathon but would have the same goal of benefitting the Bell Center.

The Mercedes-Benz Marathon is dedicated to helping out those who are committed to treating children diagnosed with conditions like Matt had. The event is actually several different things, bringing something for everyone to the table. There’s the marathon itself, which will begin on Feb. 16 at 7:03 a.m. and will take place at the Railroad Park in Birmingham. This aspect of the marathon is a qualifier for the Boston Marathon and the results of runners will be sent to the Boston Athletic Association.

And there is the half-marathon, a shorter run for those of ages 12 and over. For those who don’t want to do either, there are others, including the Marathon relay, the Regions Superhero 5K and the Blue Cross and Blue Shield of Alabama Kids Marathon for children in kindergarten to the fifth grade. These will be at Railroad Park as well, located at 1st Avenue South. The Kids Marathon and the Regions Superhero 5K will be on Feb. 15, while the relay takes place on Feb. 16. More information about the Mercedes-Benz Marathon, including fees to join, can be found on  www.mercedesmarathon.com.